These are the Urban Waterfalls of Edmonton, including the city’s best kept secret. From an historic Great Divide Waterfall higher than Niagara Falls, to one out of thin air, to hanging cascades downtown, to the final hidden wonder, these waterfalls of River City will blow your mind.

We’ll start with the Great Divide Waterfall. Originally planned for the 78 commonwealth games, the half a million dollar landmark was opened September 1, 1980 in time for Alberta’s platinum jubilee. Peter Lewis’ waterfall took only 3 months to build and was called the great divide because the high level was built in time to bridge the gap for the amalgamation of the cities of Edmonton and Strathcona in 1912. at 61 metres off, our most beloved waterfall was higher than Niagara Falls. On April 7, 2014, City council rejected the quarter million cost to upgrade the waterfall so chlorinated water wouldn’t enter the river. Thus, the taps were turned off for good and replaced by the Light the Bridge project.

The next set urban waterfalls may seem dry compared to the Great Divide, but they get better from here. West Edmonton Mall actually has two waterfalls. One waterfall is at Galaxyland. And the other flows into the world’s largest indoor lake, right beside the replica of the Santa Maria, Christopher Columbus’ flagship in his discovery of the West Indies.

Traveling on a detour to St. Albert Place, you’ll find not only organic architecture by aboriginal architect Douglas Cardinal, but a waterfall which flows over its atrium. Cardinal is most well known in Edmonton for his design of the Edmonton Space and Science Centre, now the Telus World of Science. Whether you’re inside or outside of the building, the flowing water adds an element of coolness to this civic building. 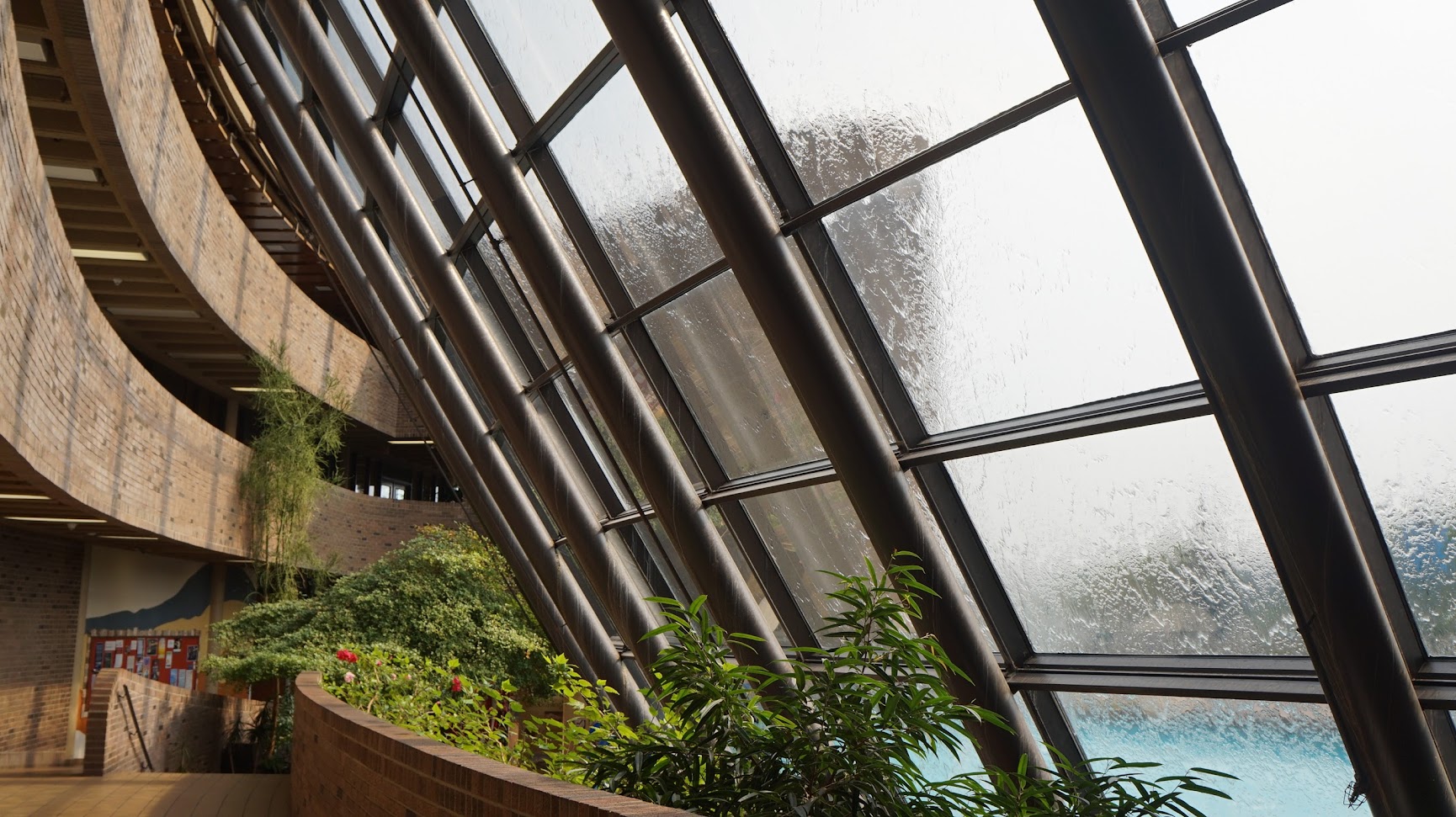 Back in the city, we terrace off Grierson Hill at the Shaw Conference Centre where there’s a few sets of waterfalls. This one is at the entrance where you enter from Jasper Avenue, and as you scale down Edmonton’s only funicular, a few more add to the ambience of James Wensley’s cascading facility on the riverfront.

The fifth waterfall is in also downtown in a tropical location. The Carlson Aquascape Waterfall is located in the Lee Pavilion at Citadel Theatre. At the top of the falls, there is an ampitheatre and a sail boat on the lake, while at the bottom is McLab theatre and a tropicalscape with plants maintained by the Muttart conservatory. Whether you’re here to read on your lunch break or celebrating an intimate wedding, it’s an indoor waterfall you can’t miss.

While we’re on the Muttart Conservatory, there’s actually two sets currently on display. A small ornamental falls is in the temperate pyramid, and another is at the Journey to Middle Earth show in the feature pyramid. Having water appear from thin air fits in with the Lord of the Rings fantasy for sure. 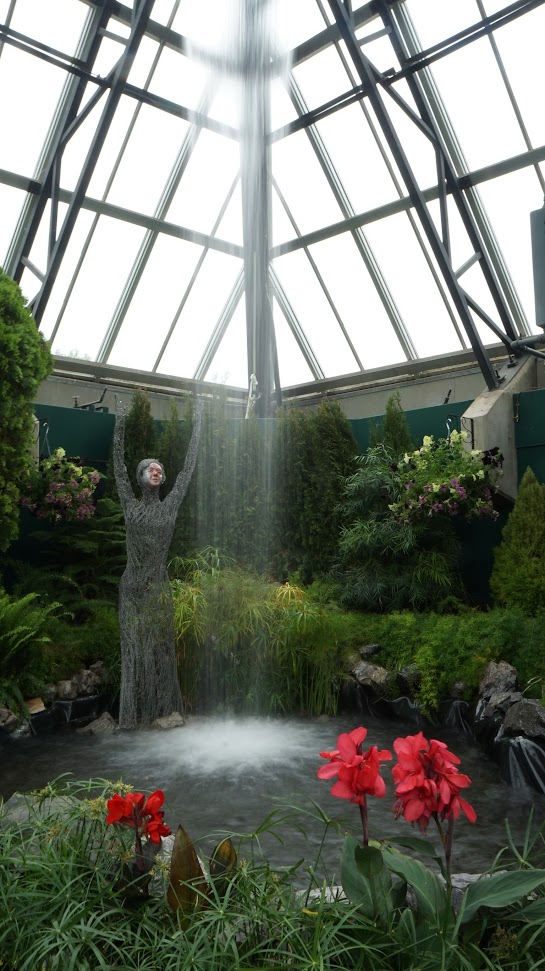 Finally, we have perhaps one of Edmonton’s best kept secrets is this set of waterfalls which are lovely during the day and stunning at night. See the video to find out more about it.

There you have it, Edmonton’s urban waterfalls of Edmonton. There’s a handful of others that I didn’t feature in the video. Can you figure out which?